There are a few amplifier manufacturers that I've been impressed with over the years. The Amp Supply company has always been one of them, mainly because of their straightforward and rugged designs. No shortcuts taken, very reliable amplifiers based on rugged tubes like the 3-500Z.

I bought my amplifier second hand from a company in SM6. The amplifier has been through a few owners over the years but I have managed to a compile a pretty detailed history going back to the original owner, the  long time DX'er Eskil SM3BCS (sk).

Below are two pictures, the one to the left is the amplifier in it's original state (picture by SM5SUH) and the one to the right is after my modification. Added to the front panel are LED's plus a reset button from the G3SEK triode control board and a potentiometer to control the speed of the new blower.

As for all pictures, right click the mouse and select "show picture" for a better view. 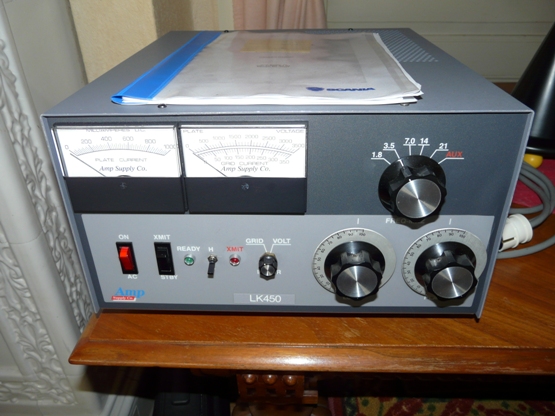 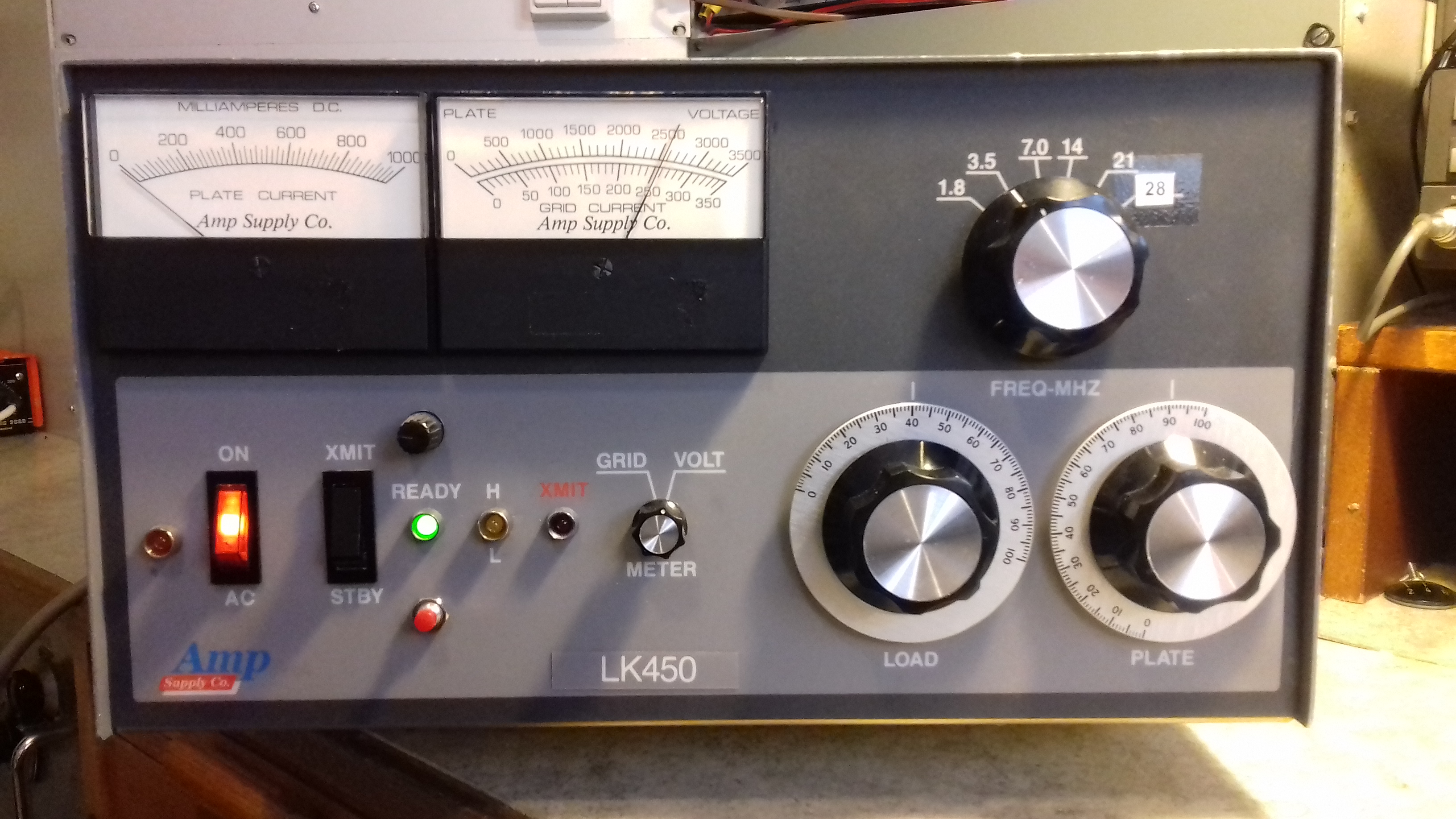 The amplifier is based on a single 3-500Z in grounded grid. I have changed that tube for an 3CX1500C7/8938 which is a rugged coaxial base power triode designed for use as a cathode driven. Data for the 8938 are the same as for the 8877 but the coaxial base is more suited for VHF/UHF operation. This is of course of no concern for use on HF.

Before going into details, this is the tube compartment before and after the modification, original to the left (picture by SM5SUH) 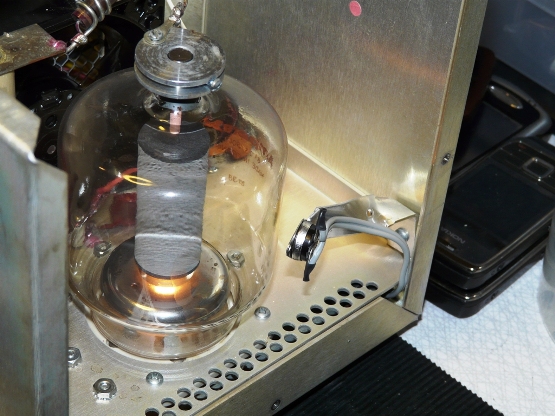 These were my reasons for modifying the fully functional LK450 amplifier:

As the 3-500Z is cathode driven with the filament voltage supplied via a bifilar choke I decided to leave the original socked in place and build a new socket above it.

With short leads I connect the original filament pins to the heather/cathode rings of the 8938, which has the same filament voltage as the 3-500Z.

The new socked is fabricated from double sided PC board, brass rings and fingerstock. It is bolted in place with 4 screws to the chassie. It also has two big fingerstock pieces on each side to help maintain a low loss, low inductance path to ground for the tube grid. 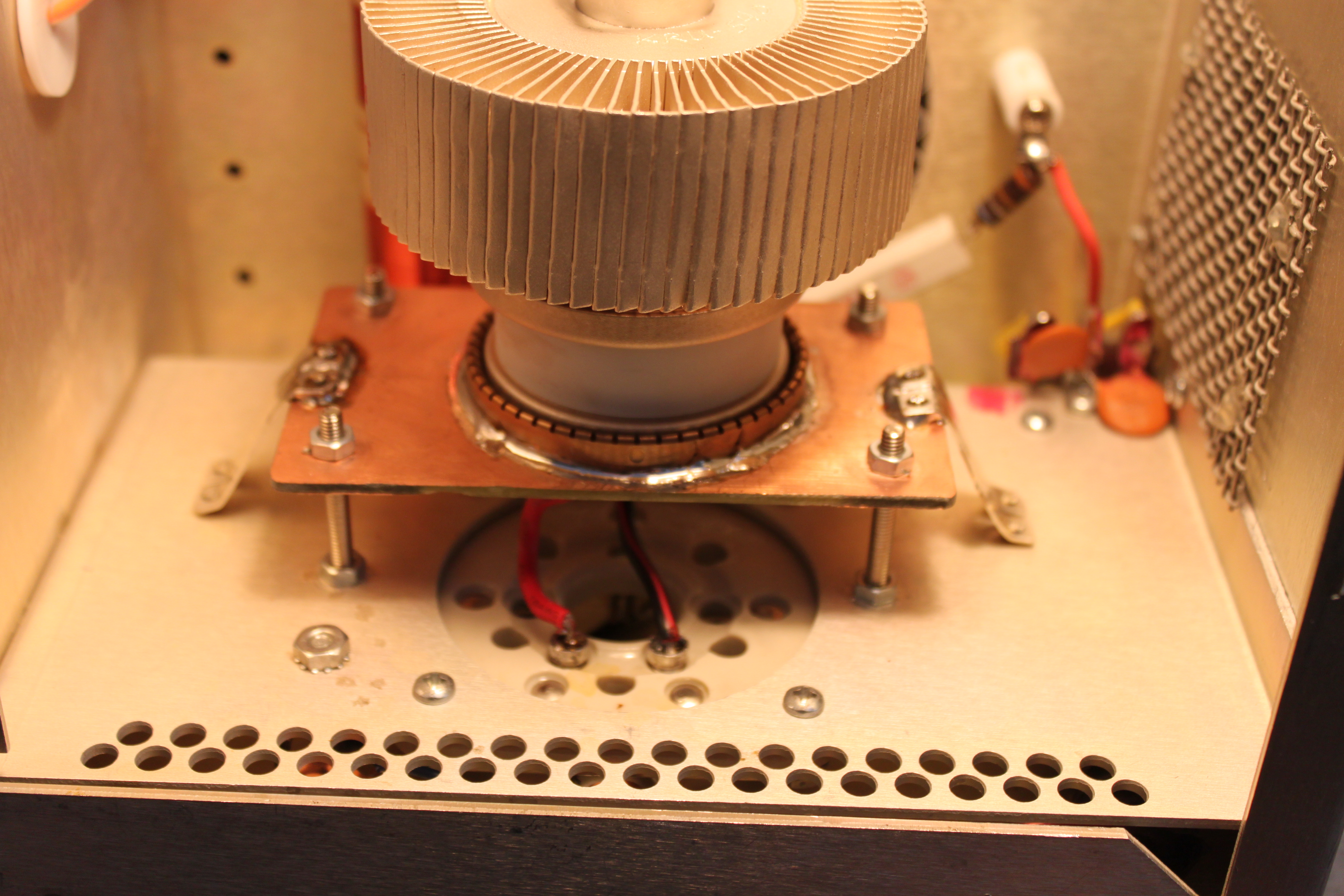 To cool the amplifier I decided to get rid of the old fan and block the opening. I then opened up a new hole on the back panel for the new PAPST cage blower. A fine mesh is covering the new hole. In the picture below you can partly see the black plastic sheet covering the hole for the old fan. The plastic sheet was placed above the old screening mesh to preserve an RF tight anode compartment. 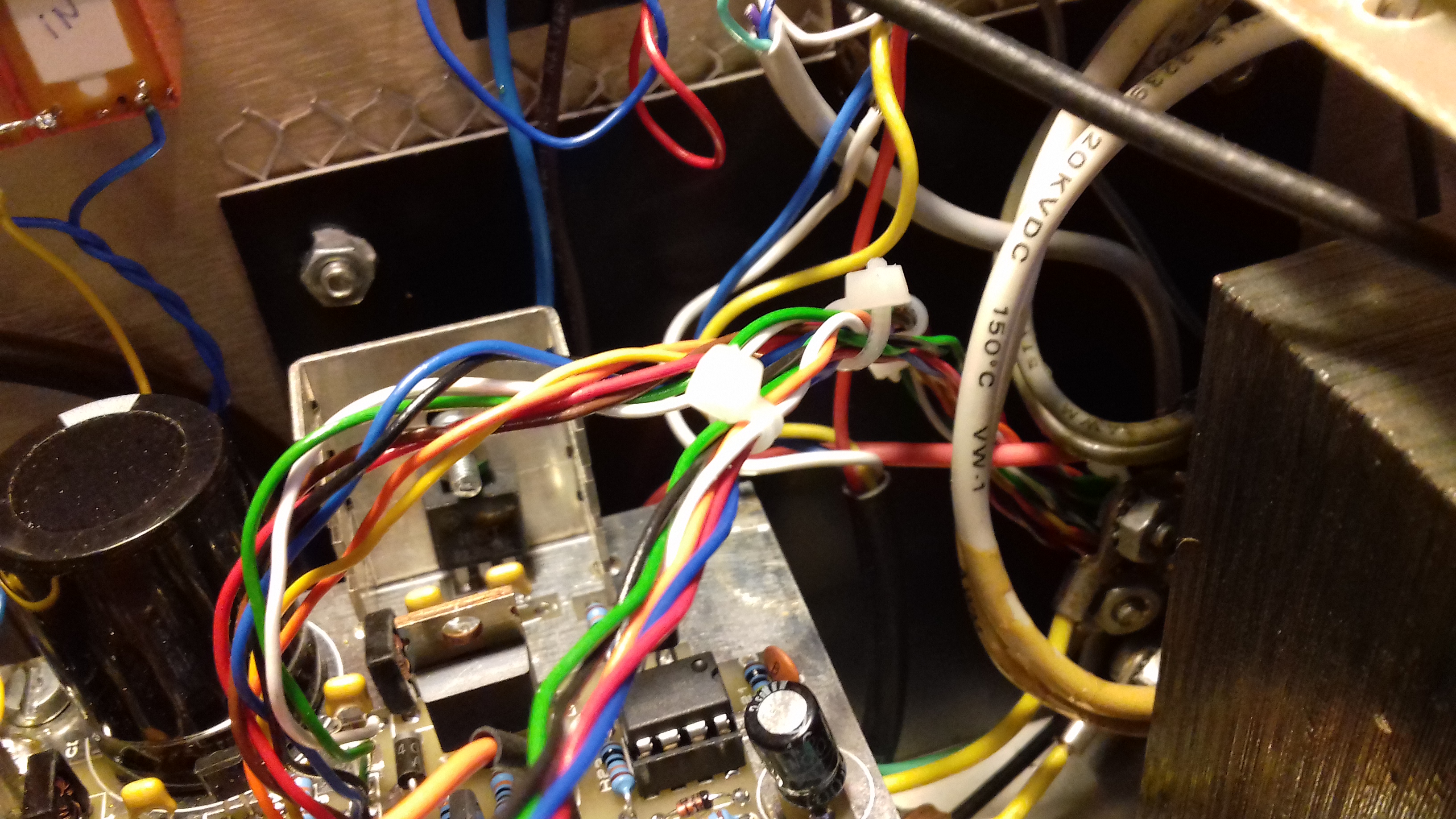 Cooling the tube I decided to go for a pressurized anode compartment with a chimney on the anode, directing the air out through the top cover. To achieve this I had to cover the small vent holes on the top cover and leave an open area in a circle just above the tube. This was easily accomplished with duct tape on the inside of the top cover. The tube chimney was fabricated from a piece of teflon sheet normally used on the plates in kitchen baking ovens. 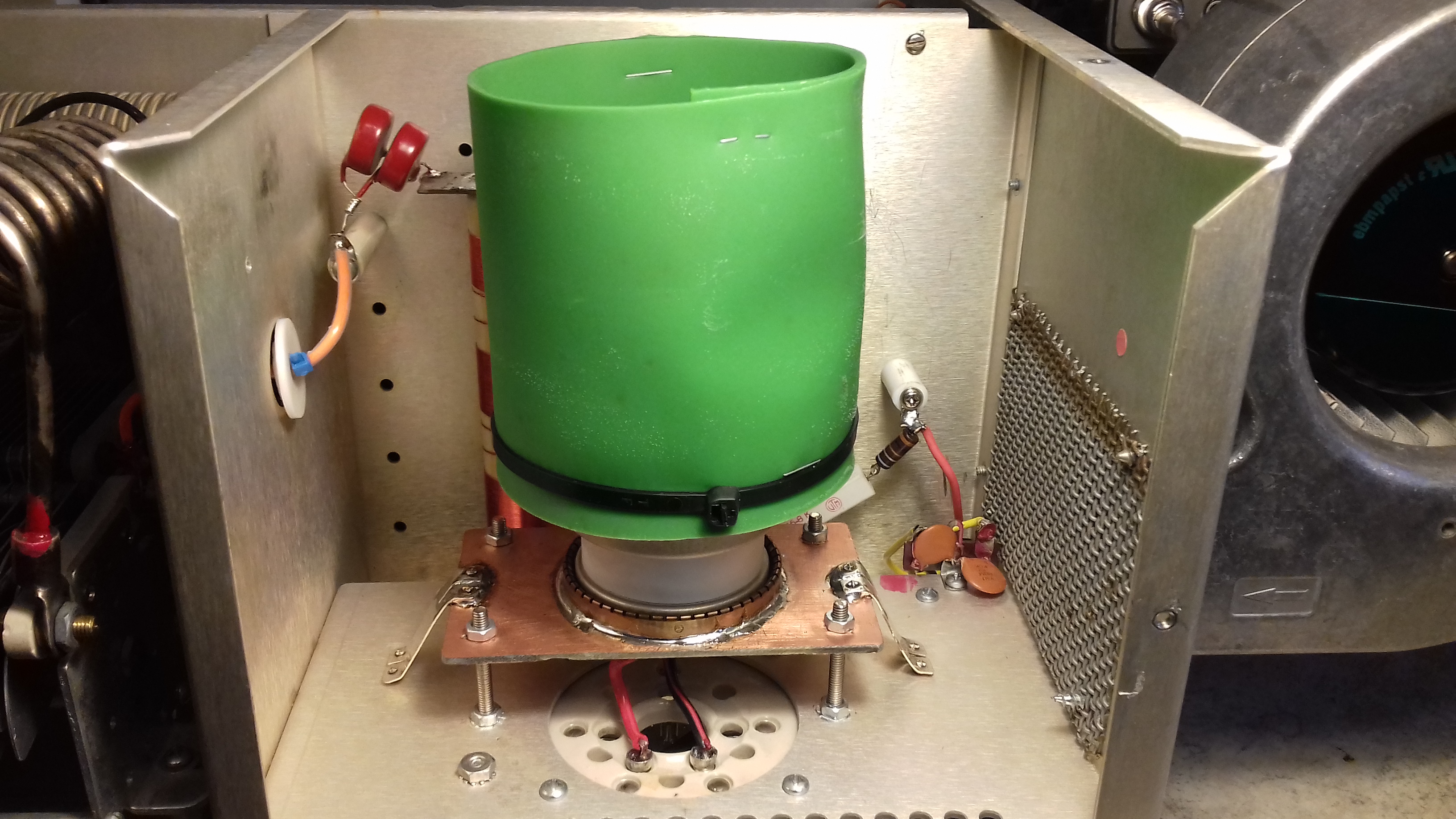 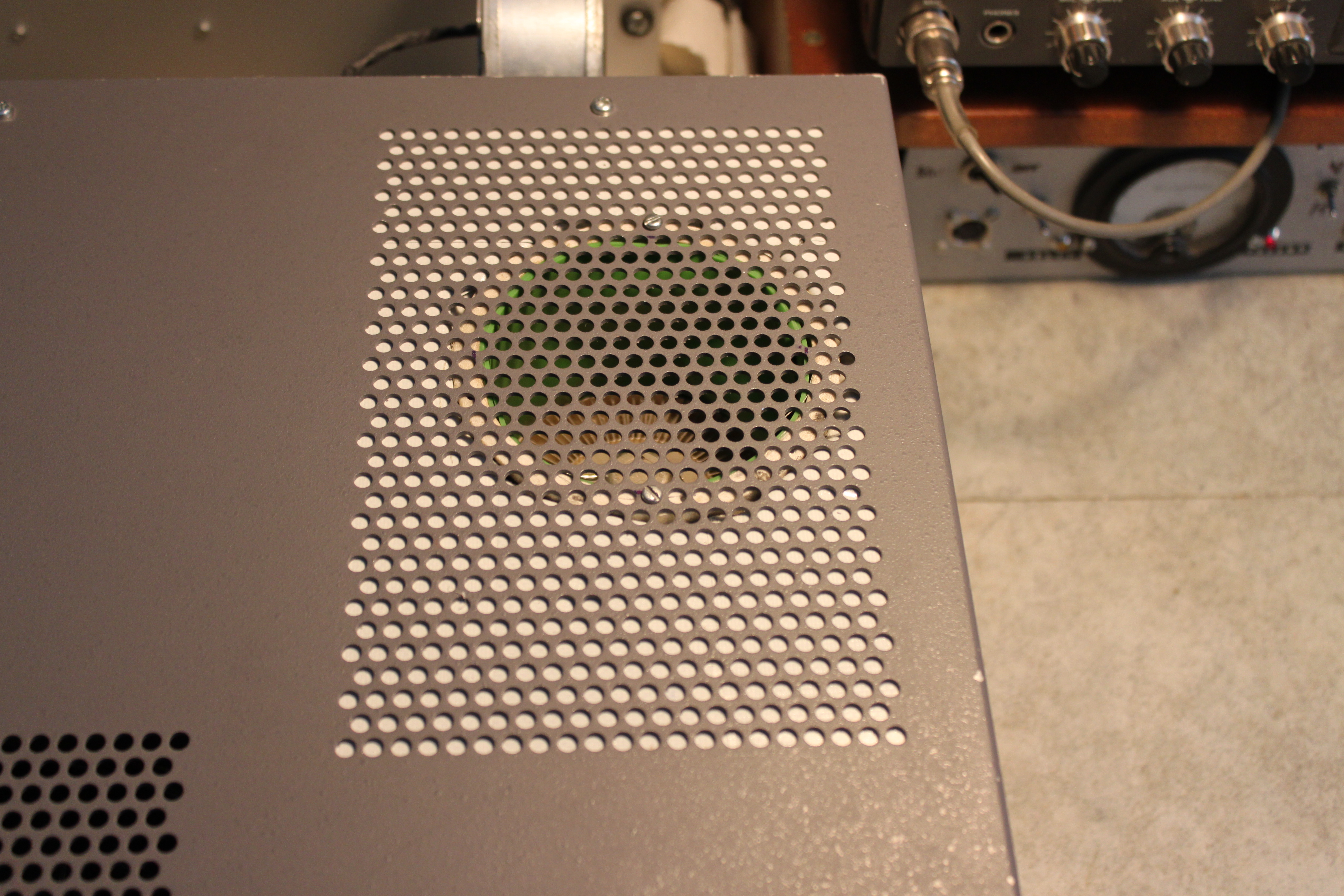 The original anode choke was badly burned at the bottom of the windings so it had to be replaced. 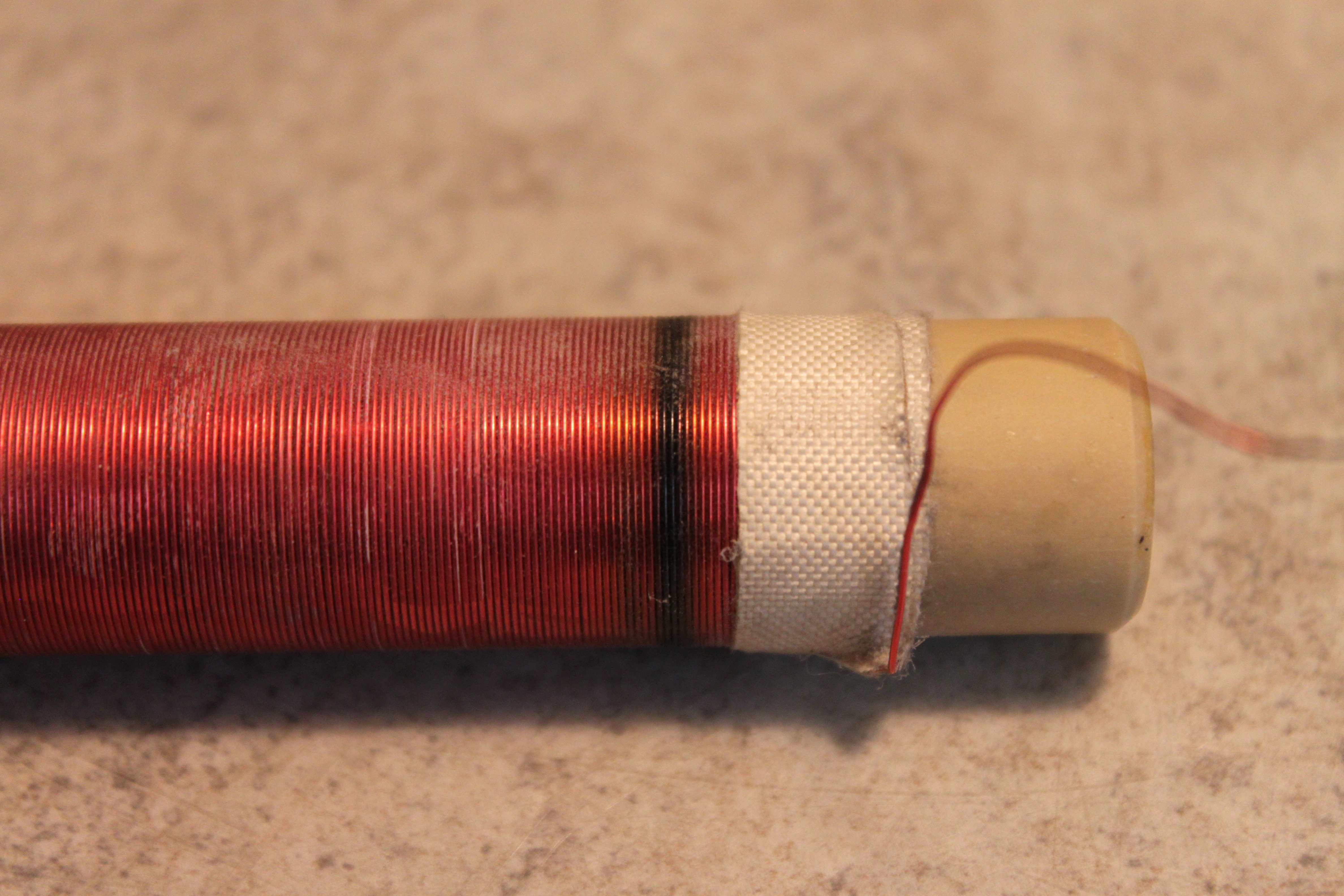 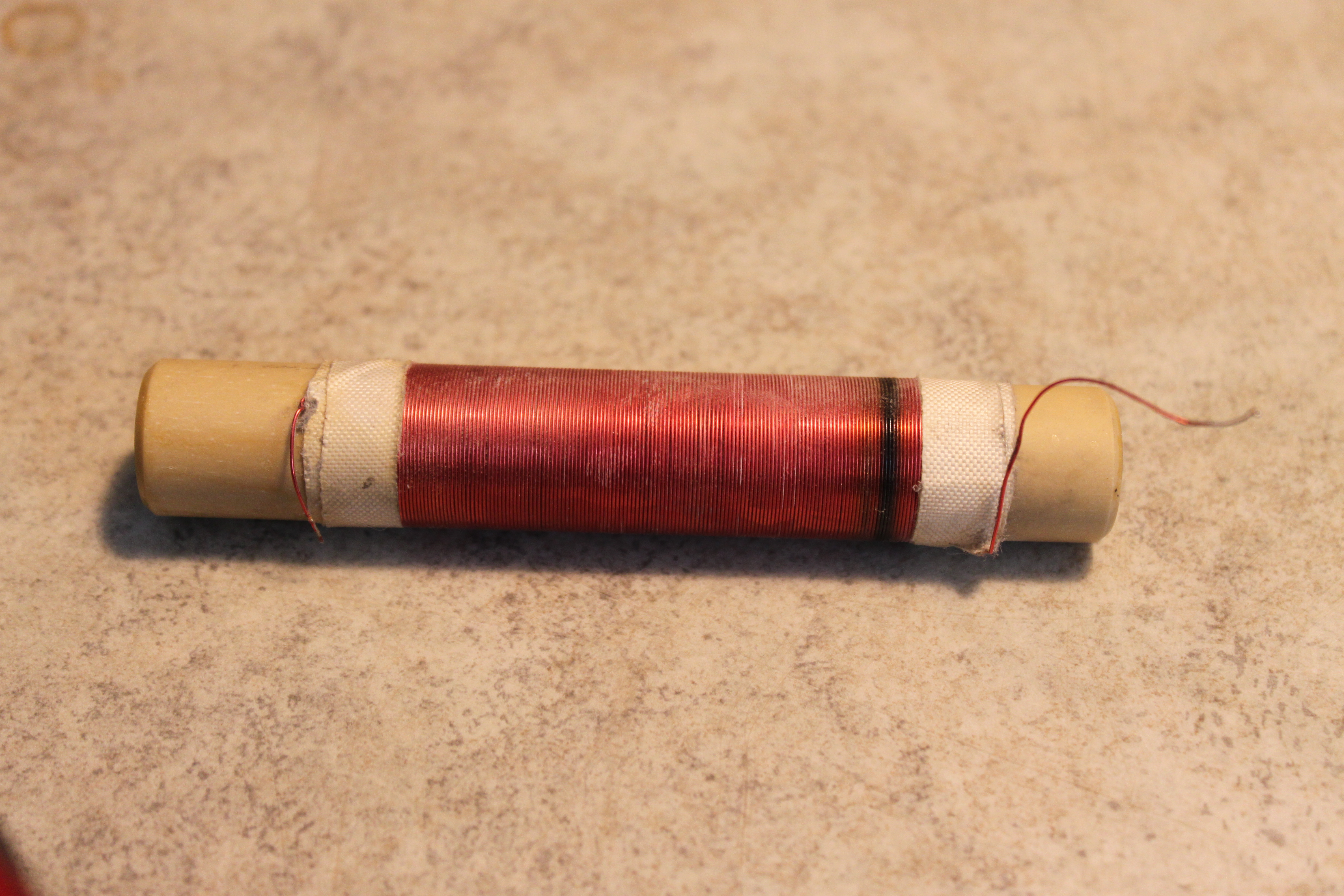 A new anode choke was purchased from RF Parts (RFC3). This is the same choke as in Ameritron amplifiers and it was developed by W8JI, see Tom's webpage for more info 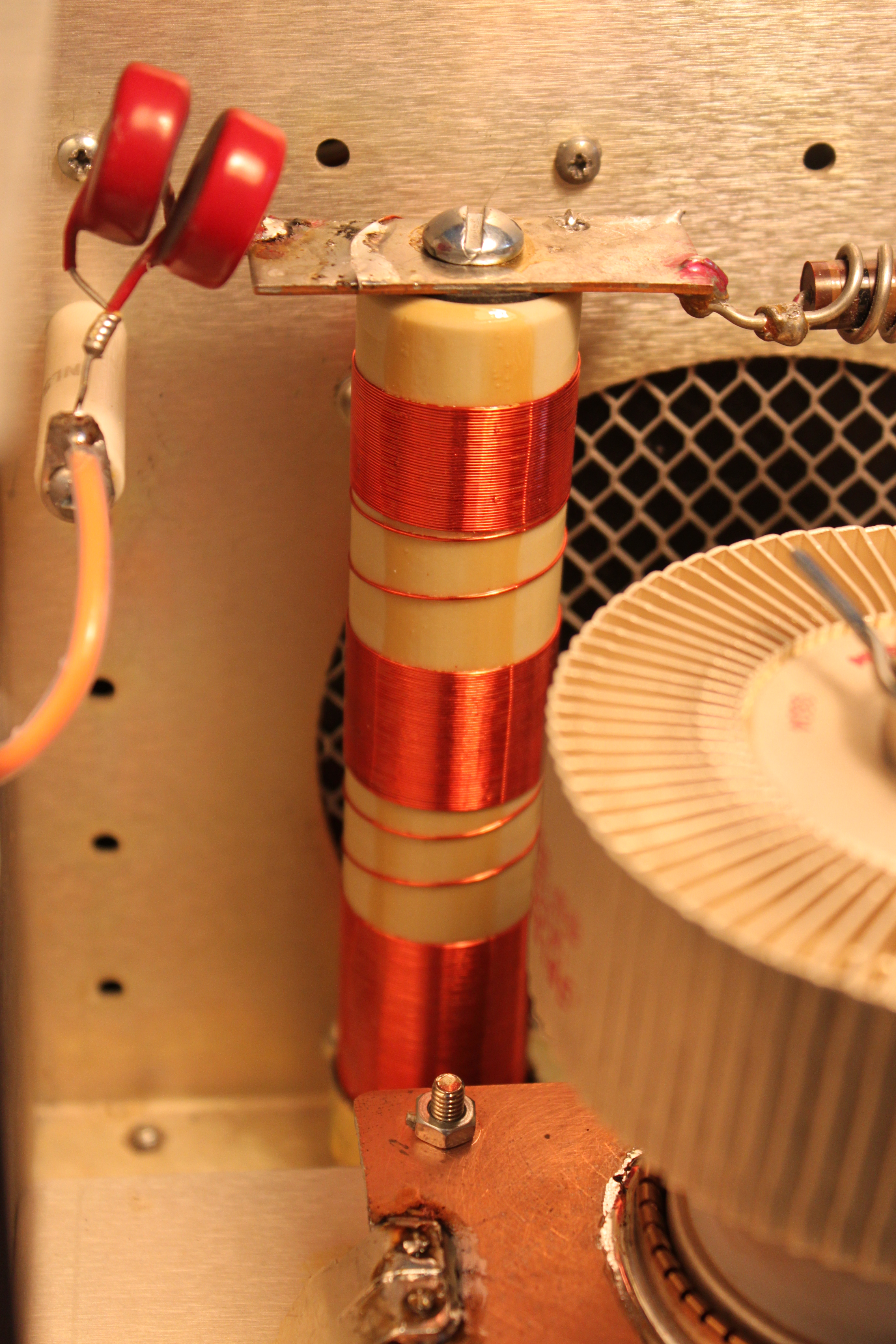 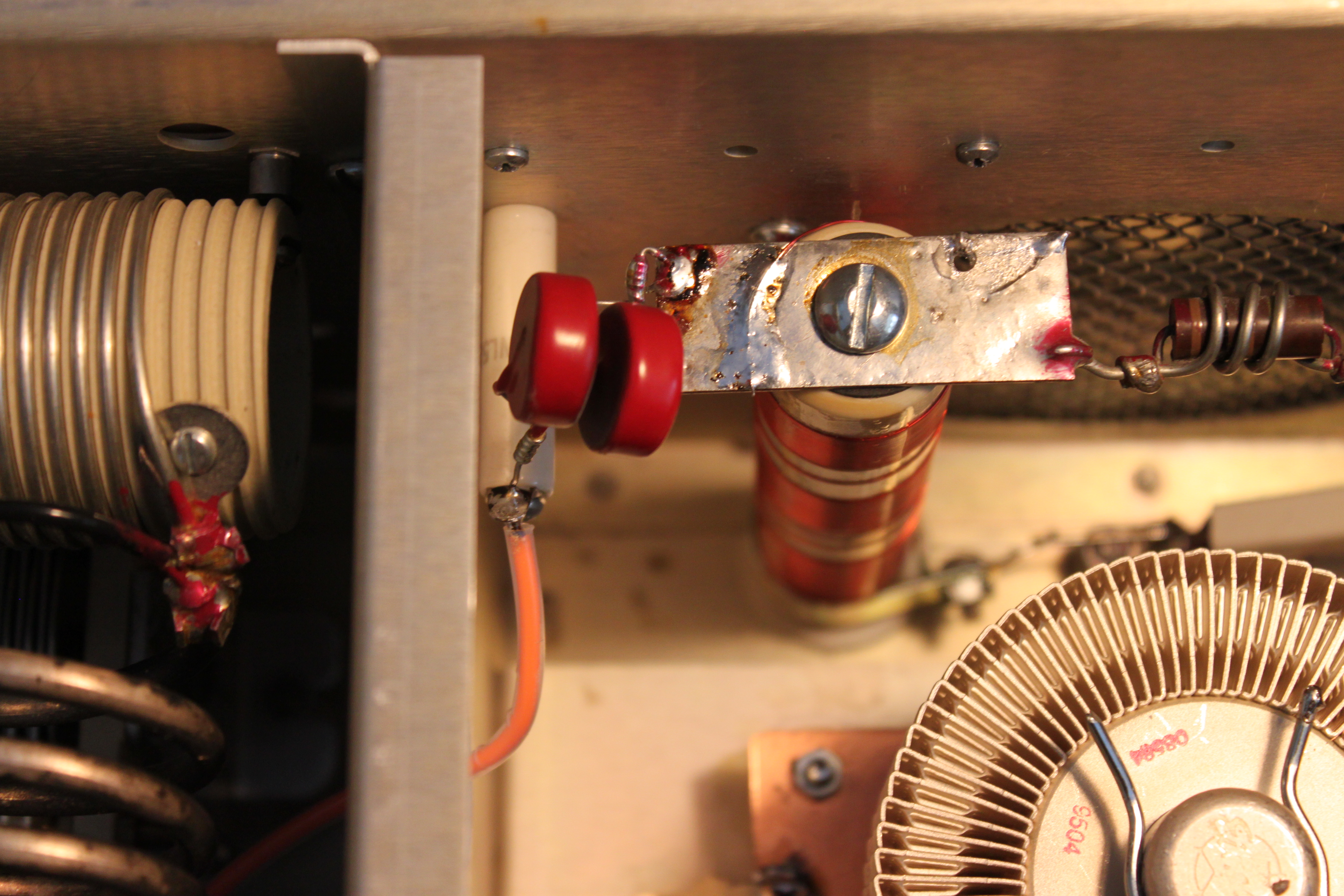 The original amplifier has very few protections circuits. As I acquired a G3SEK triode board some years ago I decided that it was about time to start using it in an amplifier. This project was perfect for this the Ian G3SEK made the board to fit specifically for an 8877/8938. The board has more functionality than just protecting the tube. It has bias and relay control, anode- and grid current circuits, heater delay timer etc.

To fit the triode board I had to make room for it, and for some small transformers. So all of the original bias, switching and fan speed control arrangements were taken out, see below. The stack of diodes in the picture were added by me to slightly increase the bias voltage for the original 3-500Z. 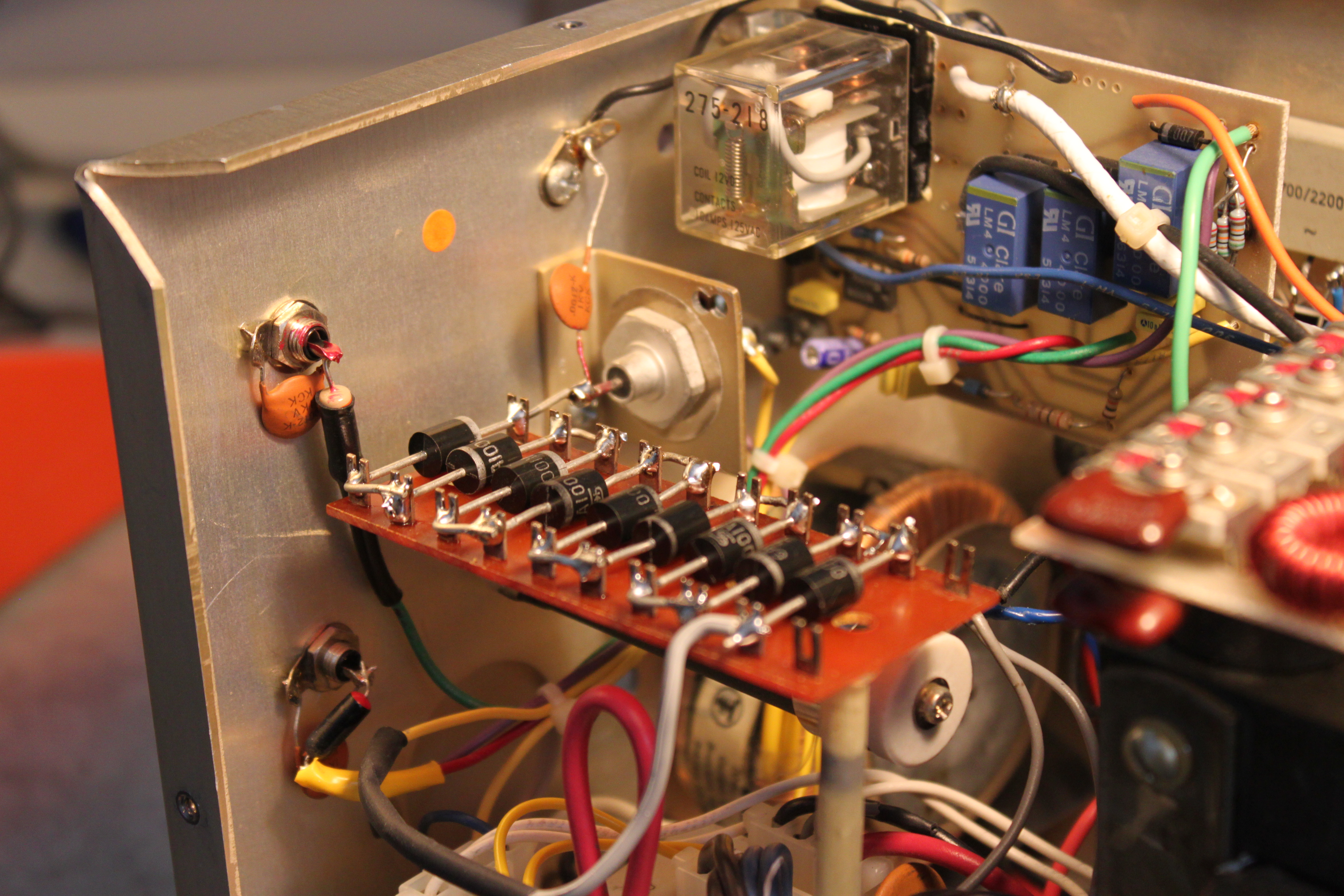 This is the same space with the G3SEK triode board and new antenna relays fitted. The QSK wiring seen in the picture above is not implemented. I don't do QSK.

In the right hand picture below you can also see how I closed the opening for the original fan. As the metal mesh is behind the plastic cover there is a small leakage of air from the pressurized anode compartment which is adequate to cool the transformer and rectifier circuit. 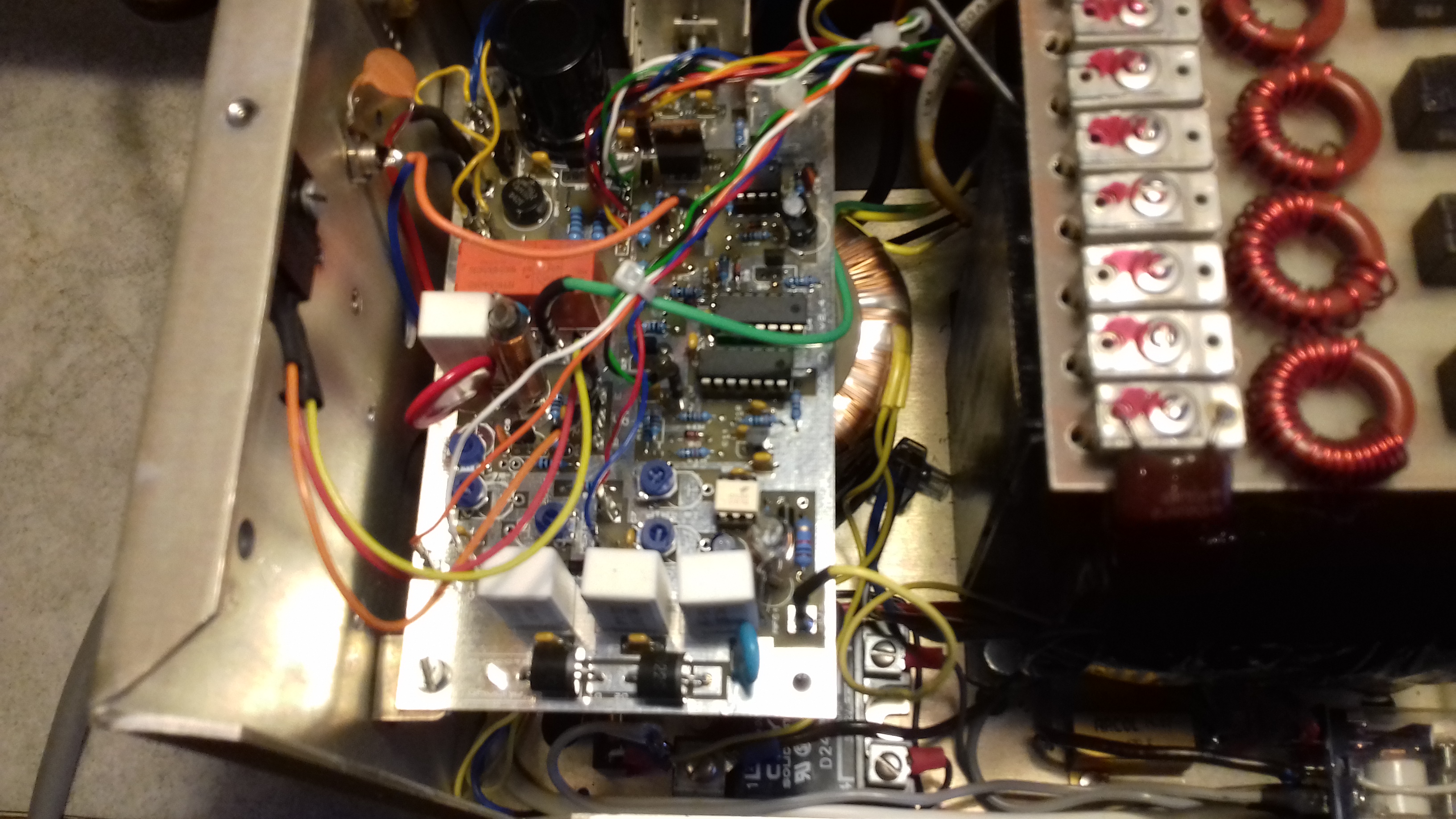 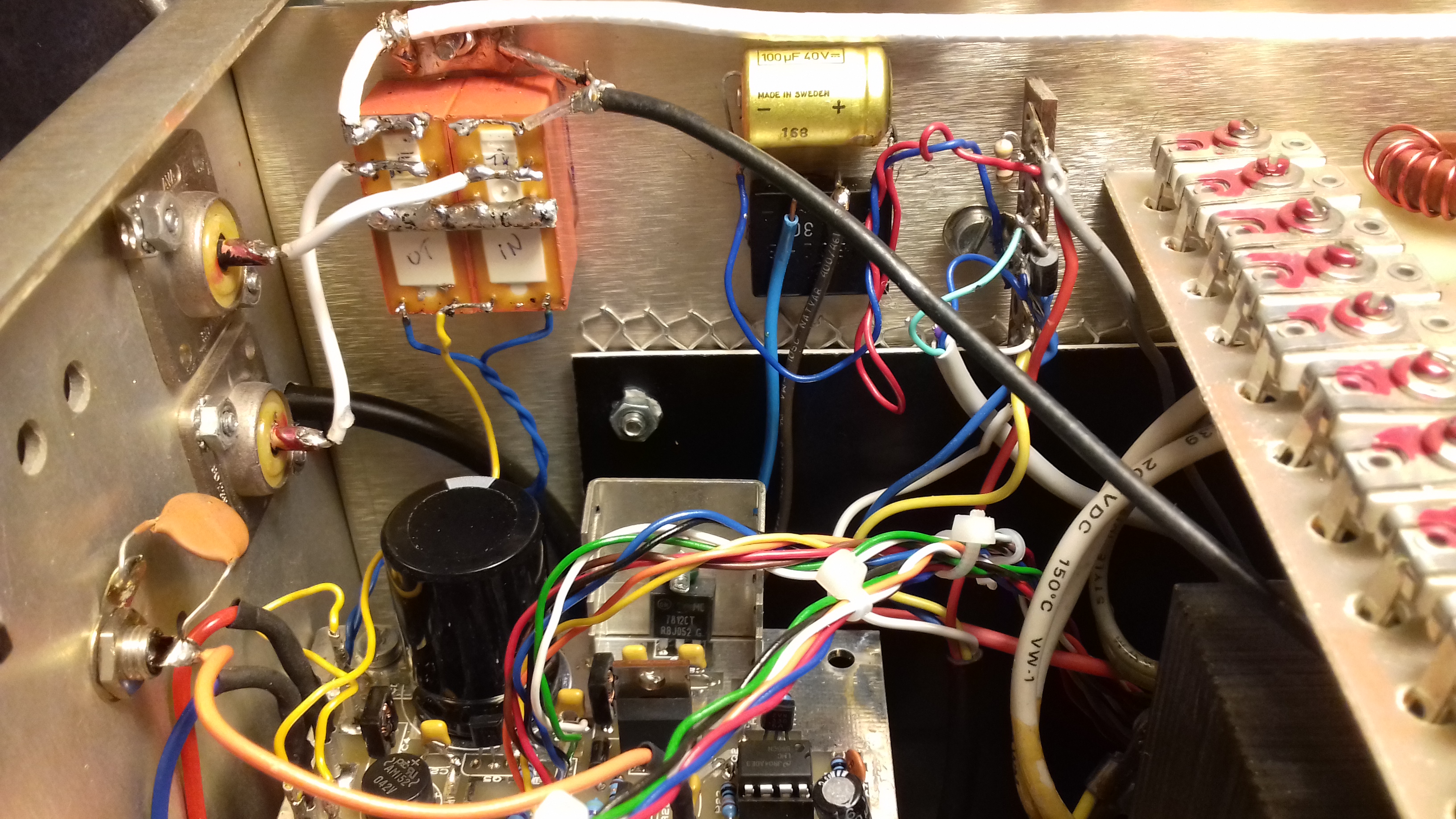 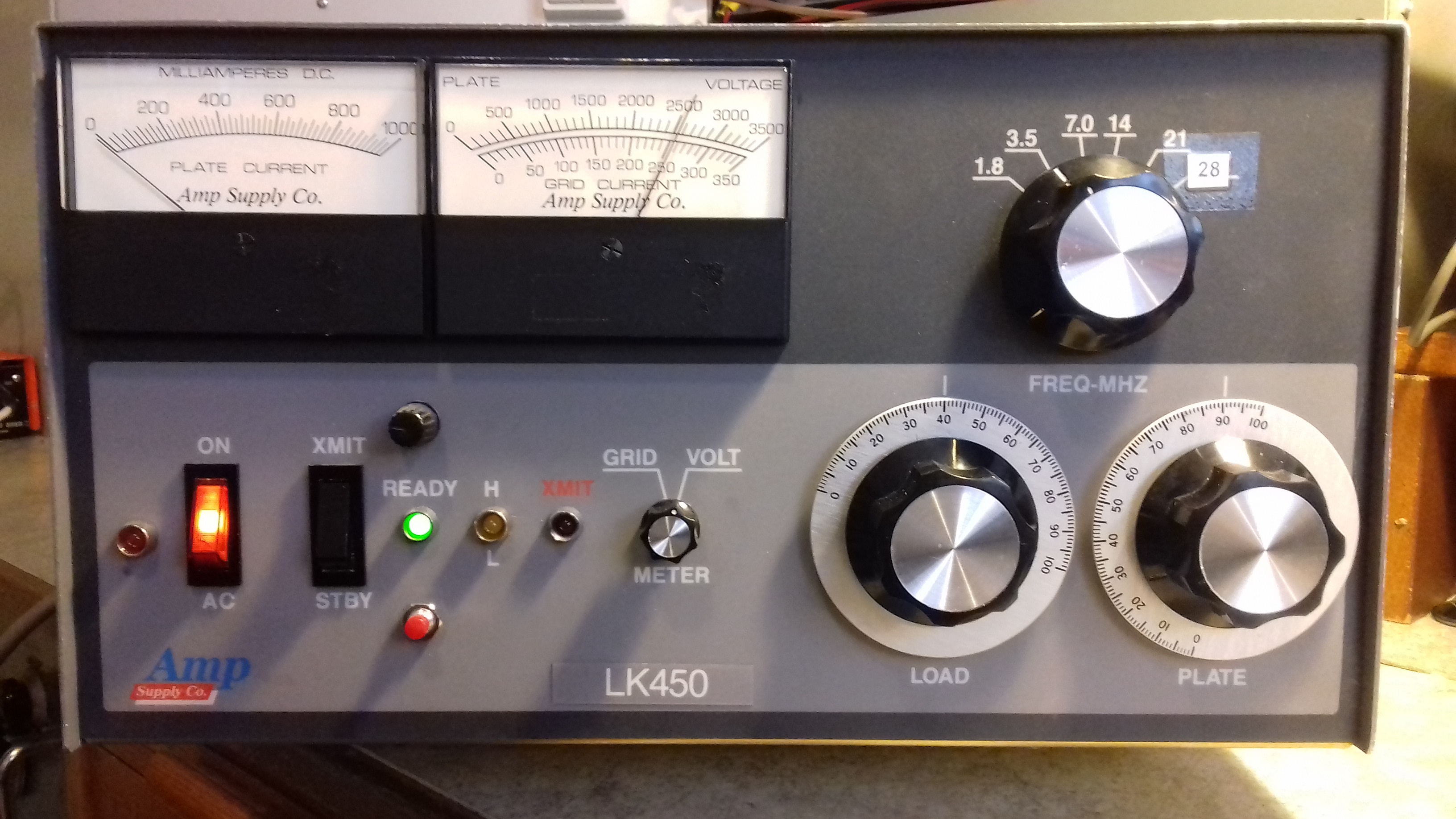 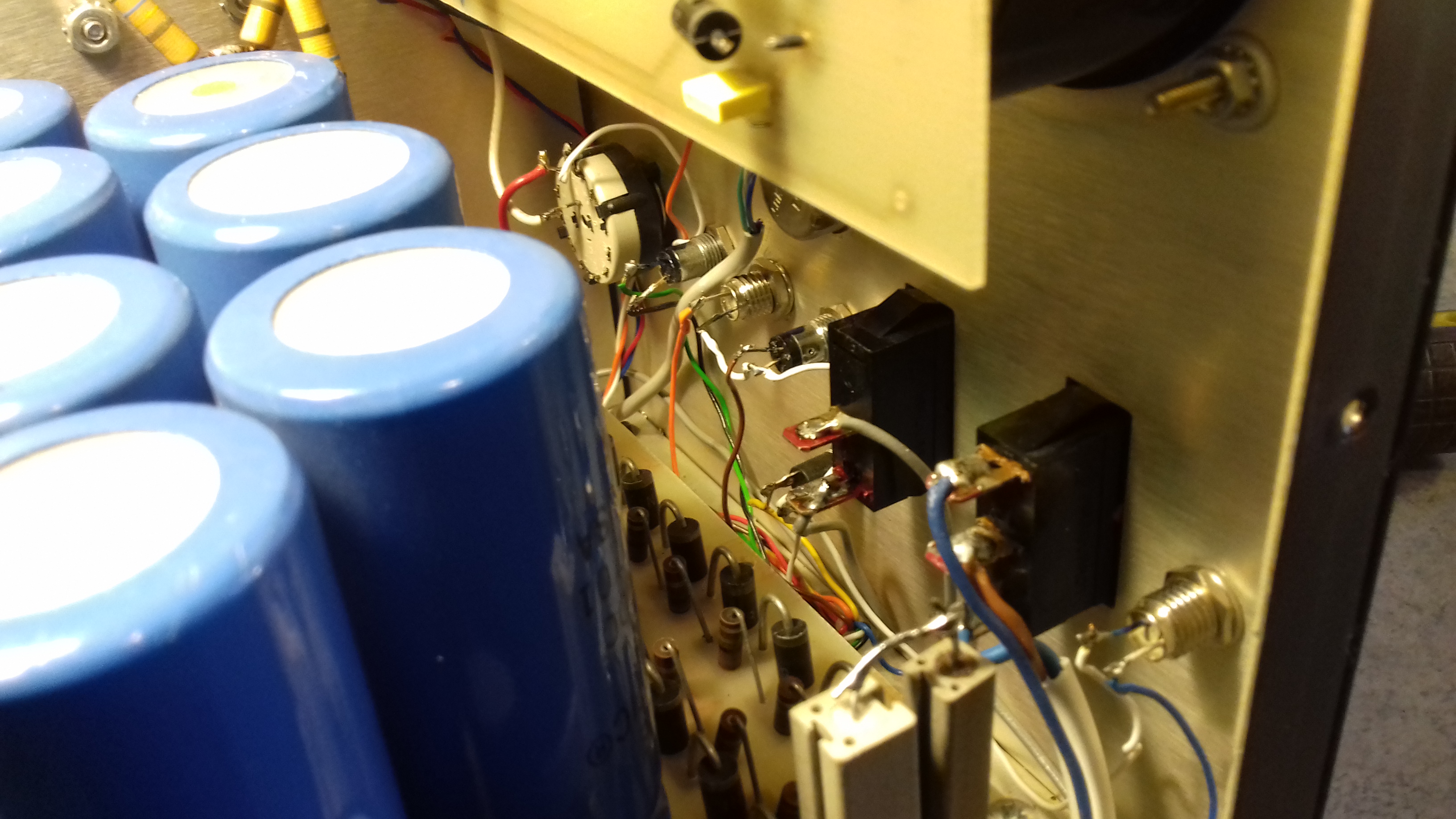 The board also monitors HV present on the anode of the tube so a string of resistors are installed adjacent to the power supply. The picture to the right shows the new solid state relay for the primary voltage and the soft start relay/resistor. The very simple but effective soft start concept is from a design by W8JI . 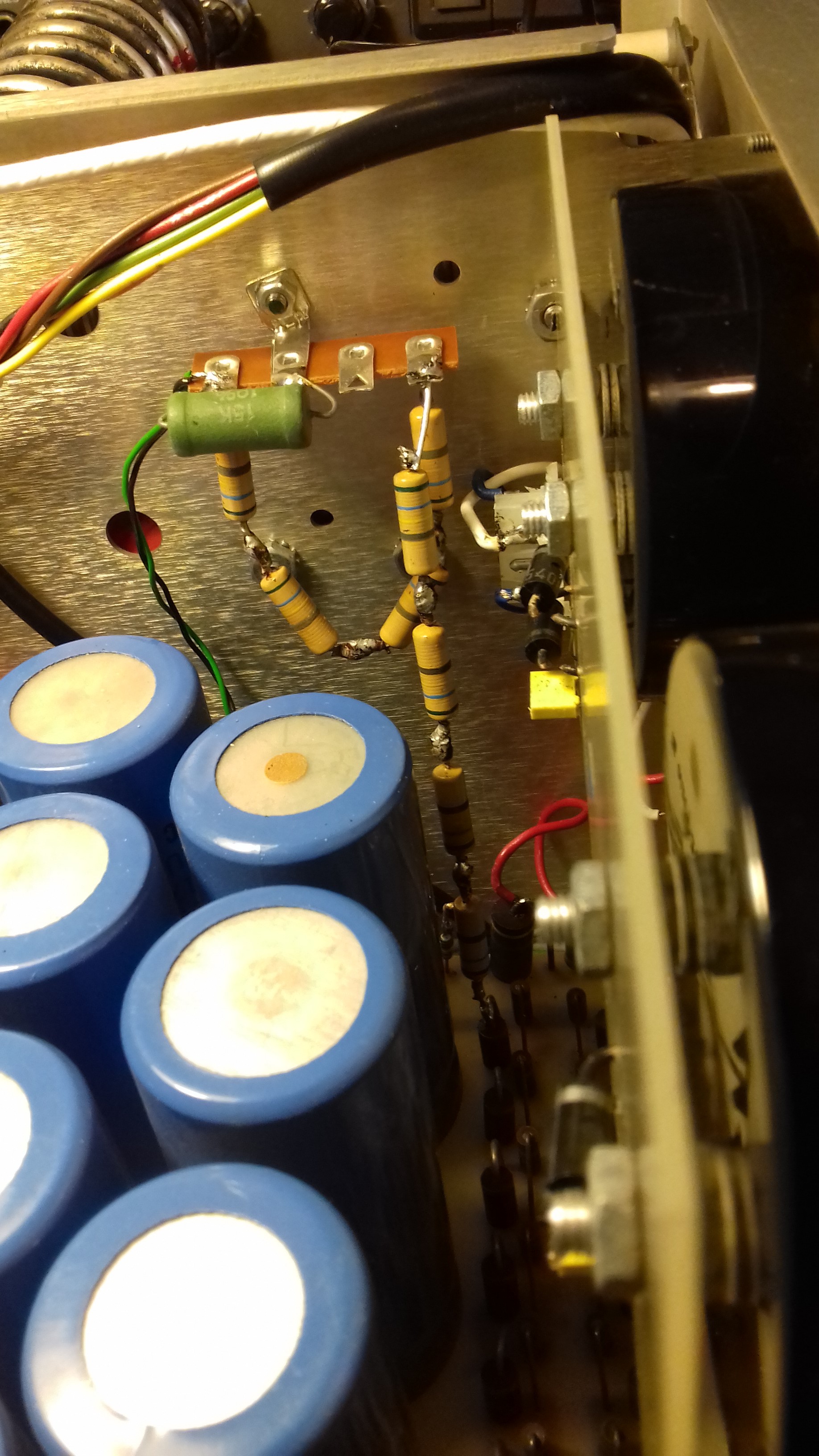 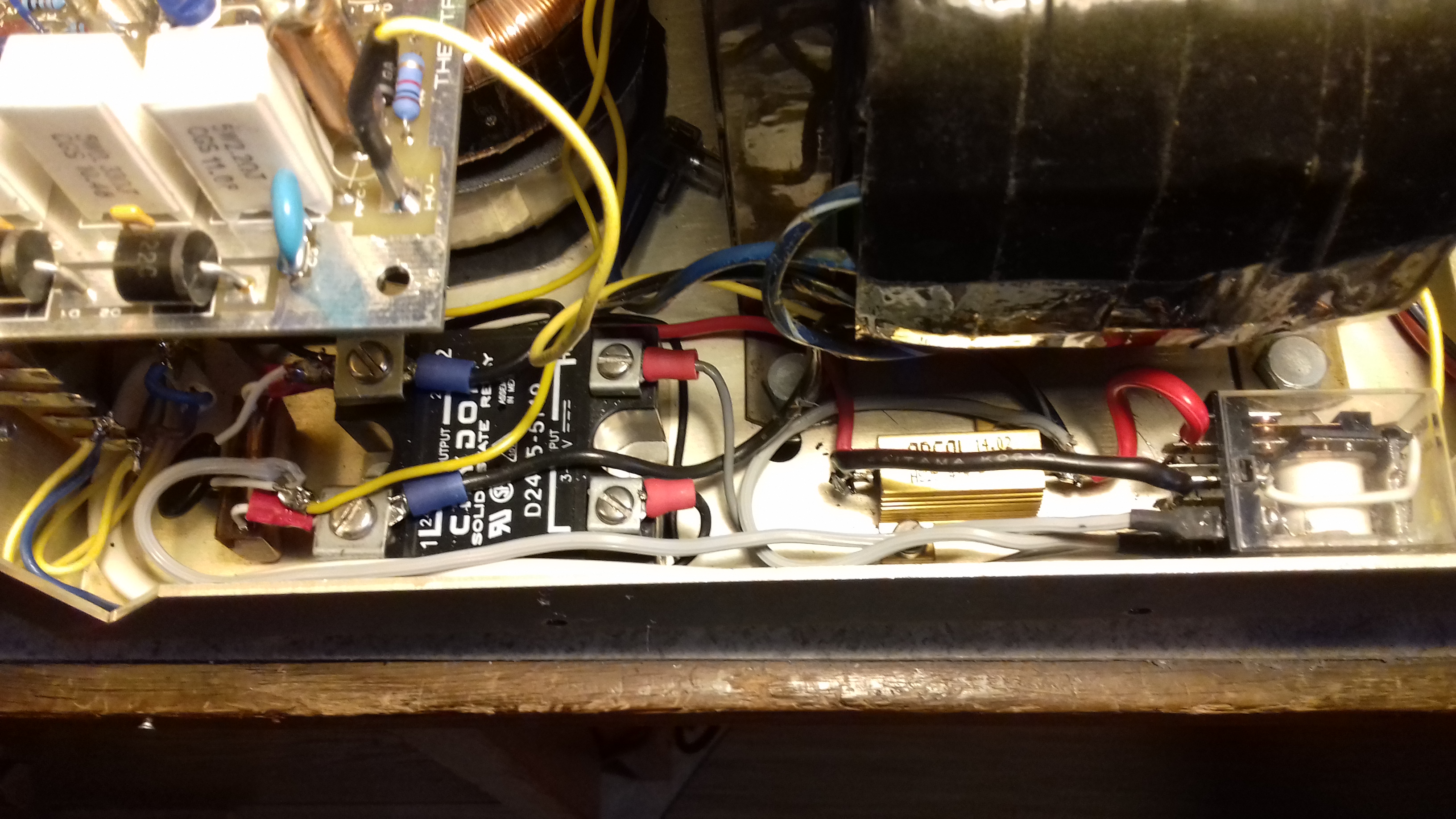 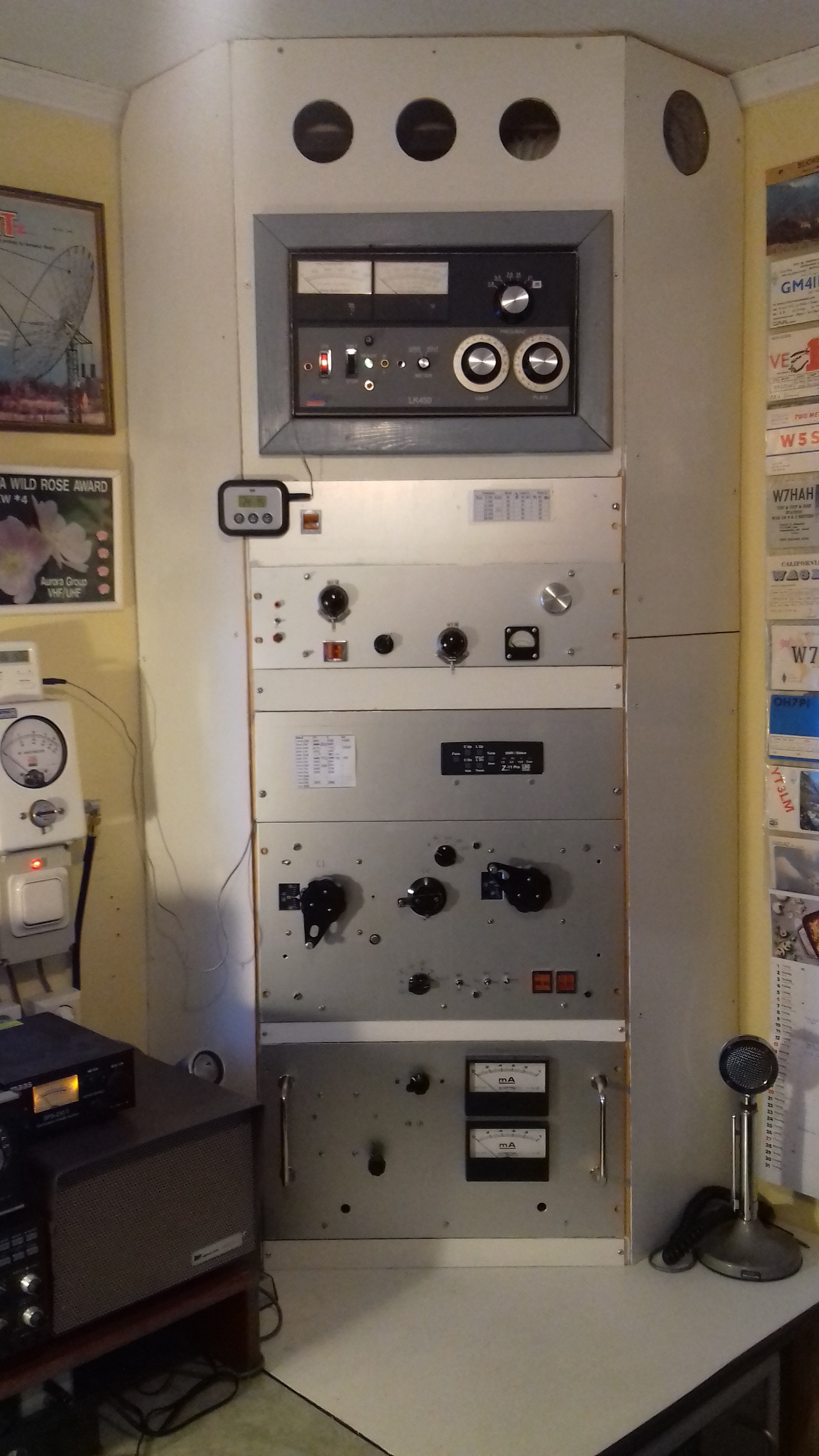 After these modifications I feel that I have very nice, self contained, amplifier that sits at the top of one of my amplifier racks.

The new final tube Eimac 8938 is well protected thanks to the functionality of the excellent G3SEK triode board.

The amplifier runs a very cool 1000 watts output on all bands, including the WARC-bands (except for 30m where the input SWR is high).  After re-adjusting the input circuits drive power requirement is ranging between 35-40 watts. All working parameters are well within the Eimac specifications for the 8938.

Back to first page